With the Seminary Road Diet Conspiracy of 2019 in the rearview mirror (groan), it was clearly essential to keep road safety on the radar (lol).

Taking a break from vocally complaining about scooters with Grandpa Simpson rants about “where are the parents?!”, listserv regular “Donna” is at it again.  In a thread about the dangers of parents double parking outside schools for pickups/dropoffs, she chimed in with this gem:

The self-centeredness of people around here is incredible. I sat in my car waiting behind 2 other cars and 3 behind me while a driver backed into a space. Took 2 backups to get in – held up 6 drivers at a medical building…  how selfish for their own convenience.

Sorry, come again? Donna, are you actually complaining that you had to wait for someone to park at a doctor’s office? And that the act of backing into a space is self-centered?

Isn’t there a restaurant that you should be visiting so you can write a pandering Zebra review in exchange for a free meal?!

[Side note, thanks to the fearless BevHills listserv moderator, Mr. W.H., for sharing yesterday’s blog post with the entire group — welcome new subscribers!]

Is there a listserv dedicated to inflating minor civic concerns into intractable quarrels? Asking for a friend. — BevHills listserv member 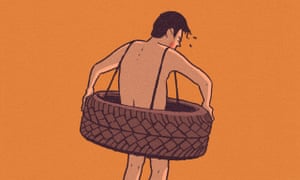 Can someone please inform this nice man about my lil’ ol blog?!

Just as the great halal butchery debate died down this summer, the listserv turned their rage to a proposed “road diet” for a stretch of Seminary Road less than a mile long.

Last I checked, our bucolic hood is several miles from this road, but one would be led to believe they were putting a six-lane toll road down Old Dominion Boulevard by the uproar on the listserv.

Now, everyone is a traffic engineer and we are told to fear the evil bicycle lobby — as one member states, we’re “handing over most of our streets to bicycles.” <insert eyeroll emoji here>

Everyone’s talking about what THEY’D do if they were on the City Council, so I look forward to all the whiners’ campaigns next election. <insert second eyeroll emoji>

My personal favorite hysterical quote is about City of Alexandria’s Mayor, Justin Wilson:

We must remember all that this uncaring and irresponsive Wilson administration–to put it mildly–has done against the opinions and beliefs of the voting residents of this City.

Whether you love him or hate him, Major Wilson is not only legendary for his wonky deep-dive newsletters each month, but also his speed at responding to every text message/Facebook message/email/tweet/carrier pigeon note/scooter delivery (I kid!). Seriously, I think that guy must send some of his missives from the toilet.

Speaking of which, looks like Seminary Road is going on a diet, so it would be a great time to get back to poop complaints and maybe squirrel poisoning debates.